Where has Wealth Discrepancy Come From and Where is it Going?

Where does the inequality come from? Could it be that the saying "The rich get richer, and the poor get poorer" is right? It has happened in virtually every age and every country. Obviously the dynamic has taken many different forms -- the economy of the middle ages was not that of the "gilded Age" which was somewhat different from the (American) economy of the 1920s, which was somewhat different from that of today. The economies of 18th century France, of the Pharaohs, the Chinese Mandarins, the Aztec lords -- all no doubt substantially different. When power of any sort (including that of money) reaches some critical mass, it will snowball unless there is some counteracting force. The economic dynamic of recent decades (at least) is that if you have a large enough pot of money to invest with appropriate diversification, in periods when the market is rising 20-30% a year, it is obvious what can happen. If you are well enough connected, when the market crashes, you can be one of the early ones to pull out. Then, until the market starts to move again, you sit on your money, or invest in the least risky (and least growth-producing) sectors.

These dynamics have not changed without some kind of intervention. We can look to Britain and the U.S. for cases of orderly intervention, as opposed to spasms of violence (which tend to produce something as bad or worse then the prior regimes).

In the late middle ages, illiterate peasants lived in mud huts while barons lived in drafty stone castles, and were almost as likely as anyone to die of the plague or childbirth. I am no master of how we got from there to today's world, but am pretty sure it involved the barons giving up some of their treasures in a way that lead to public roads and canals (in the early days), and widely available free or subsidized education, and postal systems (in the American case, these from the very beginning subsidized the spread of printed matter). In the nations that followed this policy, the rich were rewarded by having an educated healthy populace available for the development of more and more technologically brilliant and powerful enterprises. The rising tide of welfare of the "99%" lifted all boats, including those of the very rich. The nations that didn't follow such policies, where the rich and powerful tried to hang onto everything, suffered a huge decline in relative strength and succumbed to colonization.

Another saving grace, in the case of the U.S. – the U.S. was exceptional alright; it had a huge public domain — the vast preponderance of potential capital, consisting of public lands belonged to the government, and unlike Russia in the 1990s, a newly minted democracy in a similar position, we did not say “This is terrible — all this property in the hands of government — we have to get rid of it, putting huge chunks into private hands or something terrible will happen”; instead we calmly, or the course of 100 years or so, sold it mostly in small plots to individual farmers, and sometimes even give it free to homesteaders, and we also set aside portions as assets to pay for educational institutions. Why? Because our government had the “general welfare” of the people in mind.


But omigod, that sounds like a welfare state! Well yes, the "welfare state" as conceived by people who see value in it, is not about "welfare", which has curiously become another word for the dole. It is about a state which takes positive actions for the welfare of its citizens. Unfortunately, we have become so unimaginative as to think the only way to do that is to dole out money to those out of work. And the U.S., and even more so Europe, have suffered by creating a class of people with nothing to do and no sense of purpose, which is not in the interest of anyone's welfare. 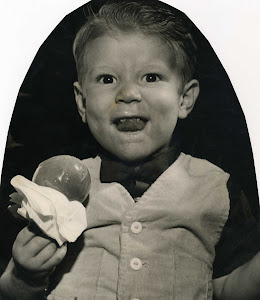 Search This and Associated Blogs